June 2019 – the application was officially withdrawn.  We had however heard that had it not been withdrawn, it would have been refused.

A planning application from M Challen, S Byfield, L Morreale and M Davison has been submitted for the Land north of Hackbridge Train Station.  Deadline to comment is 7 December 2018.

The proposal is for 258 dwellings all flats apart from 5 houses:- 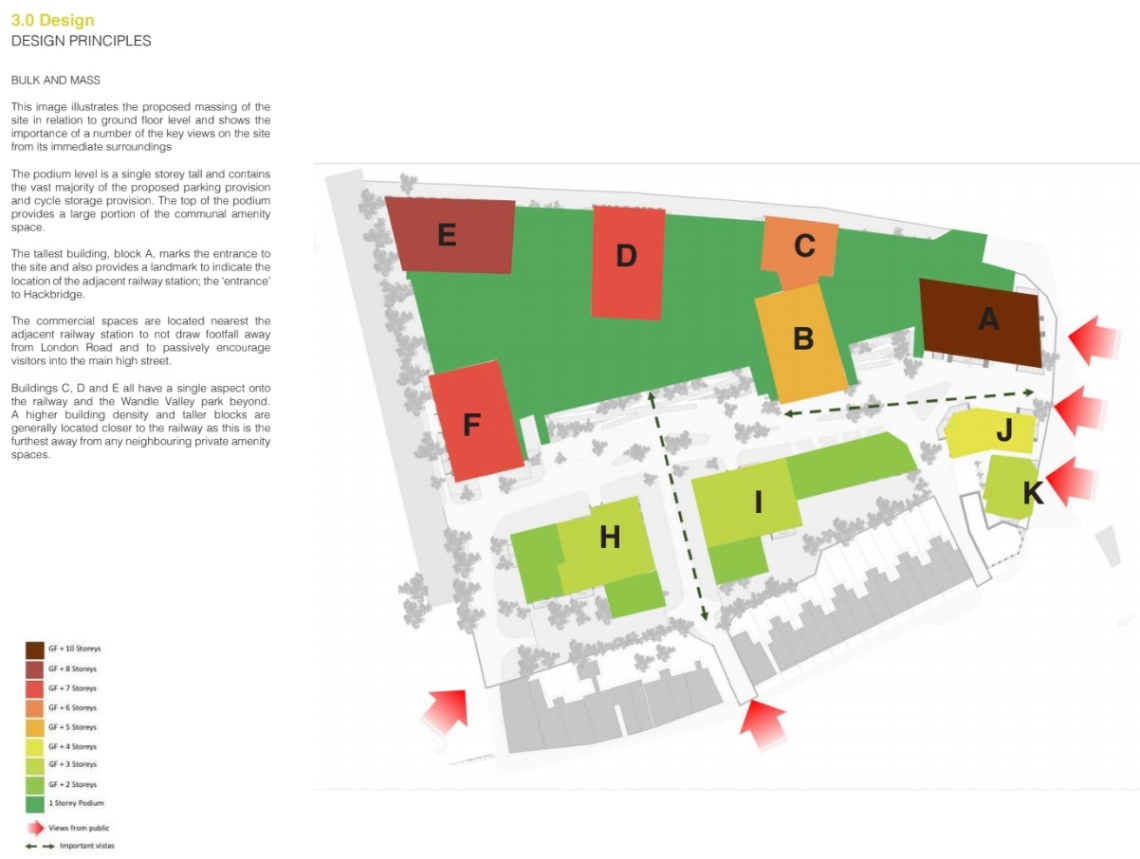 Proposed view coming from Wallington over the bridge

Proposed view from the railway line

Map of visibility of proposed development

These images have been taken from the planning application documents.  The map above shows how far the the development will be seen.  In case the key is too small, orange indicates the majority of the site is visible.

Public consultation on this land took place on 19 January 2017.  A further presentation was given to members of the NDG and residents on 8 February 2017.

More details on their plans can be found on their website www.hackbridgegardens.org

The current site allocation according to Sutton Council’s Local Plan 2009 is 60 units and retention of 30% employment land.

Sutton Council’s Local Plan 2031 is currently out for consultation and the site allocation has now changed to 204 units and no mention of keeping employment land.  It is also a taller building location of up to 10-storeys.

Whilst the NDG are aware of the current housing crisis, the proposal for this site is a clear one of over development with its 12-storey ‘landmark’ block and not within the keeping of the suburban area.  Although Hackbridge is located in a London Borough of Zone 4, it is not Sutton or Croydon and will only become a district centre once Lidl has been built and open.

It should be noted that back in 2015 there was public consultation on this land from a different group, but what is blatantly clear is that not all landowners seem to want the same thing.

Below are details from a consultation in September 2015 for the land by a different speculator, but has not progressed forward. 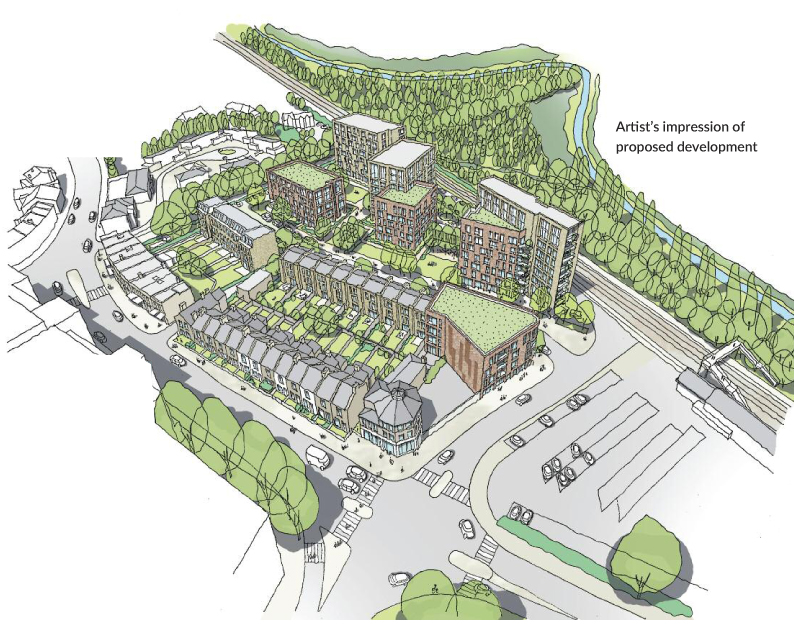 The site map shows that the land does not include Hexagon House where Toni Bridal currently is.  It is a complex site with nine different land owners and the speculator does not have agreement from all the land owners to develop this site.

The NDG’s comments on the original design were fed back to the speculator after meeting with them in August 2015.  We were grateful for this first meeting where we could see their ideas evolve.

From what we can tell, not much changed from this design to the one shown at the consultation, apart from the 9-storey building nearest to Mile Road, was original down as 7-storeys.

The Developer’s presentation of the proposed development shows you more detailed plans of the area and artists impressions.

The NDG submitted further comments to this presentation and currently await responses to both.

Some of our initial questions were:-